Who doesn’t love plants? Humans for centuries are naturally drawn to everything that’s exotic. People were transporting goods, spices, food…and plants. Most non-native species were brought to the UK by botanists and travellers enchanted by their beauty. Unfortunately, the UK’s climate turned beautiful plants into invasive weeds and the worst offenders that are incredibly difficult to get rid of (it can take a few years!)

Invasive (non-native) species change the British ecosystem. Invasive non-native plants can change the PH of the soil, which can create an inhabitable environment for native plants. Other invasive plants like rhododendron or pygmyweed can make a barrier to the light, so any smaller plants can’t photosynthesise or even germinate.

Below we made a list of invasive species that are most commonly seen on UK soil.

The most well-known of the invasive plants. Native to Asia, arrived in Europe in the 19th century. It was popular in the victorian era in gardens unfortunately, it’s one of the most invasive and destructible plants in the UK. Grows very quick (it’s got a hollow stem), up to 10 cm a day and has the power to get through cracks of the masonry. It’s incredibly invasive. It can grow up to three metres. It is very difficult to get rid of, and almost always requires professional treatment and waste disposal which is expensive and takes years to fully complete.

It’s got plentiful flowers in the summer months but surprisingly doesn’t spread through seeds. It multiplies very quickly by fragments of stems. Even tiny bits of cut stems in the soil can grow into a full plant very quickly from a piece as small as the size of a fingernail, that is why proper disposal is so important.

If this invasive alien species is found near a property it will make it nearly impossible to sell. It is the owner’s responsibility to control and manage the weed. Otherwise, they will be fined. 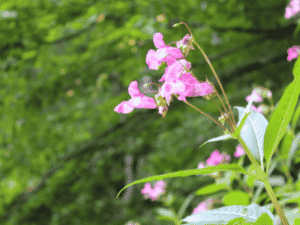 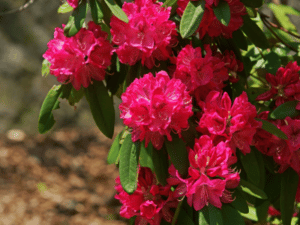 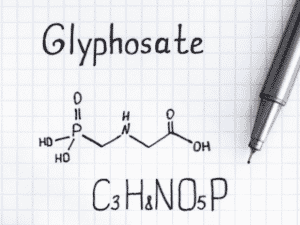 This plant resurfaces every summer in the newspaper because of its harmful properties. Giant hogweed again is a non-native invasive species that grows primarily near woodlands. It can grow to an impressive size with flower heads wider than 60 cm.

The main problem with giant hogweed is that the sap causes severe photosensitivity. That means that when the sap from the plants touches human skin which is then exposed to sunlight it will cause very painful burn-like blisters.

Every year thousands of people become burn victims of giant hogweed. If you think you touched it – wash it very well, protect it from the sun and seek medical help as soon as possible.

Introduced by exotic-seeking Victorians, this close relative of gardeners’ favourite – impatiens, can grow into huge bushes. Some are nearly 3 meters tall. It produces loads of purple flowers which then turn into tiny seeds and then explode and spread. Himalayan balsam often grows near river banks where it causes harm to the ecosystem.

Those invasive plants are native to the mountains and high altitudes, and in the UK climate grows very densely not allowing other plants to grow. It favours growing on riverbanks and when it dies in the winter leaving it bare and causes soil erosion.

The river is one of the means of transport for the seeds. They can survive in water very well. Every year Himalayan balsam grows from seeds. The best way to control the spread is to pull the plants before it has a chance to flower. Given the speed of growth and how big an area it can occupy, pulling the weeds might become a difficult task. Another option would be to repeatedly spray the invasive plant with a weed killer, especially glyphosate. Japanese knotweed, giant hogweed and Himalayan balsam are mentioned in the Environmental Protection Act and cannot be disposed of in regular ways. They are considered a ‘controlled waste’ and need to be removed using special methods. 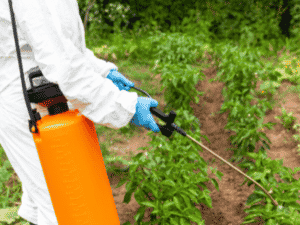 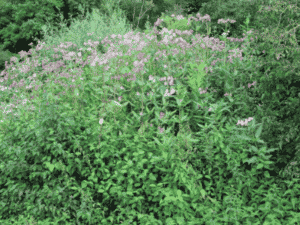 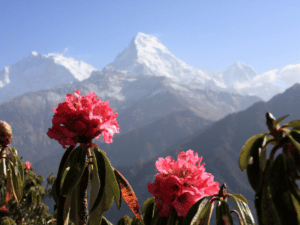 Another invasive non-native species is New Zealand pygmyweed also known as Australian swamp stonecrop. It’s a problematic invasive weed mostly due to the speed of spreading. It doesn’t require seeds. Parts of the plant can be transported on car wheels or even on clothes!

Can grow on land and in water, creating very dense clumps resembling a carpet. If you find the plant in your pond is not just an annoyance. If untreated will make your pond totally uninhabitable by taking space for other species

Rhododendron, similarly to the New Zealand pygmyweed poses harm by suffocating most other wild plants and not letting any light in. Even though the plants could be a highly decorative spring addition to the garden, their flower heads throw hundreds of seeds, and they grow easily into big plants.

On top of that, the leaves are toxic to animals and that invasive weed is very difficult to get rid of. Usually, the roots need to be pulled out and the area sprayed with chemicals.

The most invasive plants are the non-native ones. Brought over to the UK in good faith from exotic parts of the world, now polluting garden ponds, river banks and meadows. Invasive non-native plants often have negative effects on human health or animal welfare and the ecosystem.

If you happen to recognise an invasive species in your garden it’s your responsibility to make sure that the plant is under control. When in doubt contact your local authorities, environment agency, or UK government website to seek assistance.

Remember that some non-native invasive species like Japanese knotweed have a very developed root system, others produce seeds that wind spreads to the wild. Not all the plants can be disposed of in the usual way. Some need to be burnt, sometimes you may need a licence to get rid of the cuttings as even tiny fragments can grow into an entirely new plant.

Since 2014 some species are illegal to sell in the UK’s garden centres: 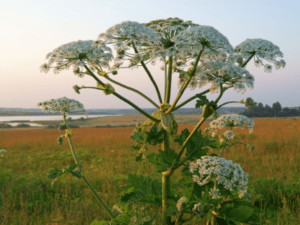 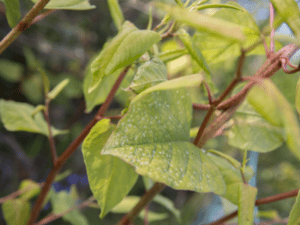 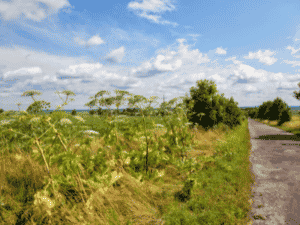 If your property has a problem plant that’s making it expensive to sell and you don’t want to deal with the hassle why not get in touch, we are happy to take any property regardless of its problems. 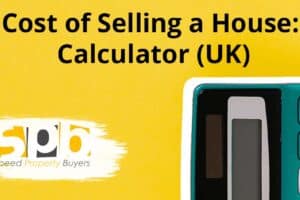 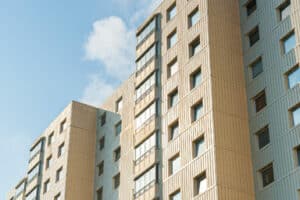 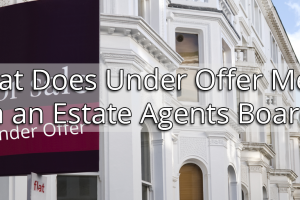 What Does Under Offer Mean on an Estate Agents Board? April 9, 2021 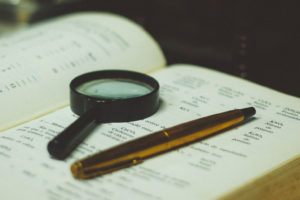 Taking the Mystery out of Property Selling – Myths Debunked! October 16, 2019