Trying to buy or sell non-standard construction properties can be tricky especially if you are not too sure what you should be looking out for.

What does non-standard construction mean? 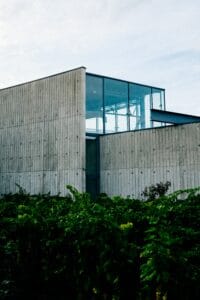 How to tell if my property is a non-traditional construction

If your property isn’t made from bricks and a tile/slate roof then chances are it’s a non-standard construction house but if we wanted to look more closely at what non standard materials are so, we made a split of common items from construction types to physical materials.

Generally, we split construction materials into two categories the roof and the walls or ‘frame’ of the house. Asbestos – Popular between the 1950s-1980s it was a good insulation and fire-resistant martial that requires specialist removal.

Cob – It’s what you get when you mix clay, sand, straw, water and earth. Less common in the UK and a bit more common with ‘eco’ properties.

Concrete – Popular in post World War 2 ‘prefab’ houses when properties needed to be constructed quickly. They were not designed to last and there are still a lot around. It is also used in pre-cast reinforced concrete (PRC) or within a steel frame, it can be great for special articutcal requirements that other materials just don’t shape to. Concrete doesn’t last as well as brick and if it’s reinforced with steel beams/poles (or similar) they can corrode which can cause problems for older properties built out of concrete. 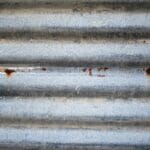 Corrugated iron – A cheap option where the corrugations can give durability along the path with the corrugation, less common for walls but often used for roofing. 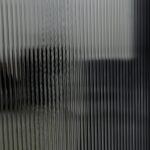 Glass – Common for use in windows much less common for use in supporting structures or separating large spaces. Sometimes ‘space frames’ are used to cover very large areas. It can be used for roofing too to let in large amounts of light and is considered a non-standard construction material when used outside the scope of a window or door. 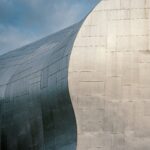 Metal– More often used as a framing (like steel frames) material or a covering if correctly treated can work well but poses risks of weathering and corrosion. Less common in residential properties.

Wattle & Daub – Known to have dated back over 6,000 years it’s a very old building style and involved the use of woven wooden strips combined and then daubed with a sticky material (cob). Normally in old or historic/listed buildings, it has made a bit of a comeback as a renewable budling style. You might find a thatch roof with buildings of this style too. Timber/Wood +Plaster – From a solid wood construction to wooden framed houses there are some variables. Older properties will be made of mainly wood. Newer buildings using a BSST (usually if they are newer than 1960’s) style system to build the property are considered standard.

Flint – First used with Romans and more commonly in the middle ages, it hit its stride in the 15th century when ‘flushwork’ was common. It had a bit of rerun in the 18th century and is now associated with more historic houses and is considered a non-standard construction material. You’ll see plenty of flint stone walls in historic towns, especially in the south of England where there are plenty of flint mines.

Stramit construction – Invented in Sweden in 1930’s used as a ‘panel’ system and is more associated with internal elements of walls/frames than outside.

Other – Really if you can think of it and make a house of it from plastic bricks to any other variable it’s most likely a non-standard property. 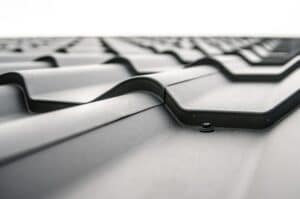 Whilst any of the wall/frame materials we’ve listed above could be used to construct a roof we’ve also listed other materials that are often used in non-standard roofs.

Flat roof – Whilst not a material it’s also not too common in the UK due to our climate and volume of rain and can cause issues with drainage. It was worthy of its own point but technically not material just a style of roof.

Asphalt – Not just used on roads it can be used as a roofing material, in the US it is used in a tile format but in the UK it is more common to be used for flat roofs. it is heavy, easy to repair and gives a matte finish though its can struggle with hot and cold weather.

Shingles – Used on sloped roofs where each row is nailed or secured just above the next to create an overlap. The roof tiles or strips can be made from a few materials and to different sizes and can be a cheap and easy way to secure a roof, more commonly used on your shed than a house though. Thatches – using dry materials from straw to reeds it’s an older style of roof that’s good for insulation due to the air pockets trapped in the thatch though requires specialists maintenance and repair and due to the construction material isn’t the best against fireproofing!

Fibreglass – A slightly more modern (durable) addition, the pre fabricated materials, are best used on flat roofs but can be used on any type and last around 30 years so. It also is very flame resistant.

Plastic – A near clone of the Corrugated iron we spoke about except its plastic. Not so great at insulation and more common in a lean-to than for a property but it is good to let light in.

Felt – More commonly used on your garden shed, it’s commonly an underlay and can help with waterproofing it is not very durable.

The most common problem with Non-standard construction is insurance costs or mortgage providers needing additional steps to secure a loan. unlike a traditional construction house, they may require more upkeep or fail/degrade much faster than other materials which are problematic when getting insurance or trying to get a mortgage lender to give a loan for such a property.

Produced by the British Iron and Steel Federation, BISF houses were produced from 1946 after WW2 to help demand and tend to have some form of cladding, This might look like brick or stone walls covering the steel frame. BISF Houses should not be confused with prefabricated houses built around the same period. 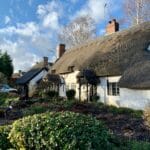 The first thing you might need to accept is it could take a bit longer to sell a property that’s a bit different. It by no means makes the property worse and can have some very unique properties that potential buyers might want. For example, a thatch roof required a lot of maintenance but some people might fall in love with a property with a unique feature like thatch.

Convert – unless your property is listing building you could change the materials for more standard materials, however, there will be significant costs involved and sometimes this can be beneficial if e.g. a roof or wall requires replacement but shouldn’t be the first point of call if you are trying to sell.

Quick house sale company – if you are struggling to find a potential buyer due to having non standard home then a cash house purchase might help. Whilst you wouldn’t get the full market value you also wouldn’t need to worry about additional conveyancing and the hassle of trying to sell problematic properties. Cash offers have no obligation so it’s worth finding what you could get to keep your options open. 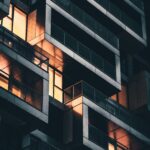 Auction – If your property is especially unique you might find you have more luck with a specialist auction house who deal with unusual houses and will have buyers who might be looking for uncommon or non standard homes.

Feel free to talk to us about any concerns you may have about selling none standard properties, we have had a lot of experience.

If you are looking to buy a non standard property there might be some other factors from additional legal or mortgage costs to just outright needing specialists.

You will need to find a mortgage lender who deals with property with unusual construction, lucky there are plenty of comparison sites out there to assist with this.

Insurance is very much the same as a mortgage you’ll need a specialist to help with insurance due to additional problems the house might face over its lifetime, sites like go compare can help you compare insurance providers.

You’ll want to ensure you get a good surveyor when buying a property as depending on the material there can e expensive problems to deal with if left unchecked.

Get Your FREE Cash Offer Below!