In the 21st  century, we associate Halloween with pumpkins, fancy costumes, trick or treating and decorating our house as spookily as possible. Even though it’s become a celebration of consumerism it originated from an ancient pagan tradition. It’s rooted over 2000 years BC from a Celtic belief that there is a way to communicate with the dead, worshipping druids and the end of a harvest season and the beginning of the New Year.

UK history is full of blood-encrusted stories, ghouls and ghostly whispers. As they say – every house has its own ghosts. We’ve compiled a list of scary houses that are worth visiting around Halloween time. If you listen carefully you might hear a quiet cry amongst crunching leaves…

Nowadays it is a National Trust site based in Yorkshire. This XVII century manor house is the home of the ghost – Lady Nunnington. It’s been reported that Lady Nunnington enjoys nightly walks in her elaborate dresses making a lot of noise. But when one is trying to recognise that swish and rustle, it disappears into the unknown. Lady Nunnington is the main ghost inhabitant in the manor, the garden is occupied by quiet children’s cry that scared even the most stone-hearted.

It’s a castle from the XIII century that offers ghost tours to visitors. If that doesn’t give you chills – we don’t know what would. It’s known for the White Pantry Ghost. A delicate figure dressed in white still appears from time to time. The rumour has it that one night a servant went to a pantry and saw a lady who asked for water, he fulfilled her request thinking she was one the guests of the castle and then realised that the pantry is locked. Nobody could have entered it…To top it up, many visitors report a child’s cry echoing in the hallways.

National trust’s medieval estate is home to one of the most widely known ghosts – beheaded Anne Boleyn. The walls of the stately house keep the darkest secrets. Every year in May on the anniversary of Anne’s beheading her ghost shows up. It is reported that Anne’s phantom holds her head in her hand and arrives in a carriage guided by headless horses. When she arrives home the carriage disappears and Anne’s ghost can freely explore the corridors of her once home.

One of the very popular wedding venues in Lancashire. Known for its bespoke and unique take on celebrating your special day and…one of the most famous places for ghost hunters!

The ghost of Dorothy Southworth, aka the white lady, resides in the Samlesbury Hall. Dorothy’s story is full of love, death and misunderstanding. She followed the traits of Shakespearean Juliet and fell in love with the ‘wrong’ person. Her family didn’t approve as they believed in different gods. Their love was stronger though and they had an affair under the shadows of the night. One night when Dorothy’s lover arrived at Samlesbury Hall he was noticed by her brother and he killed him and his companions. Dorothy was heartbroken and sent to a convent far away where she eventually died. Not long after her death, three skeletons were found in the walls.

They say when you’re tired of London it means you’re tired of life. The saying gets a new light when you think about all the ghosts visiting one of not only London’s but the world’s famous buildings  – The Tower of London. A fortress over 1000 years old big enough to hold bloody legends and ghost stories told from generation to generation.  It has its own ghosts as well as many visiting ghosts. The Tower of London homed many gruesome deaths over the years. Surprisingly only a handful returned post mortem. Amongst them were: Henry VI, who died in the XV century, visiting Anne Boleyn from the Blickling Estate, Lady Arabella – died of hunger, Lady Jane Grey, who was a queen for only ten days, then beheaded with her husband by Mary, Queen of Scotts…Let’s not forget that amongst them all the most interesting is a ghost of a bear!

And remember we buy any house, big, small and even the haunted one! 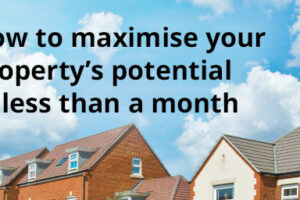